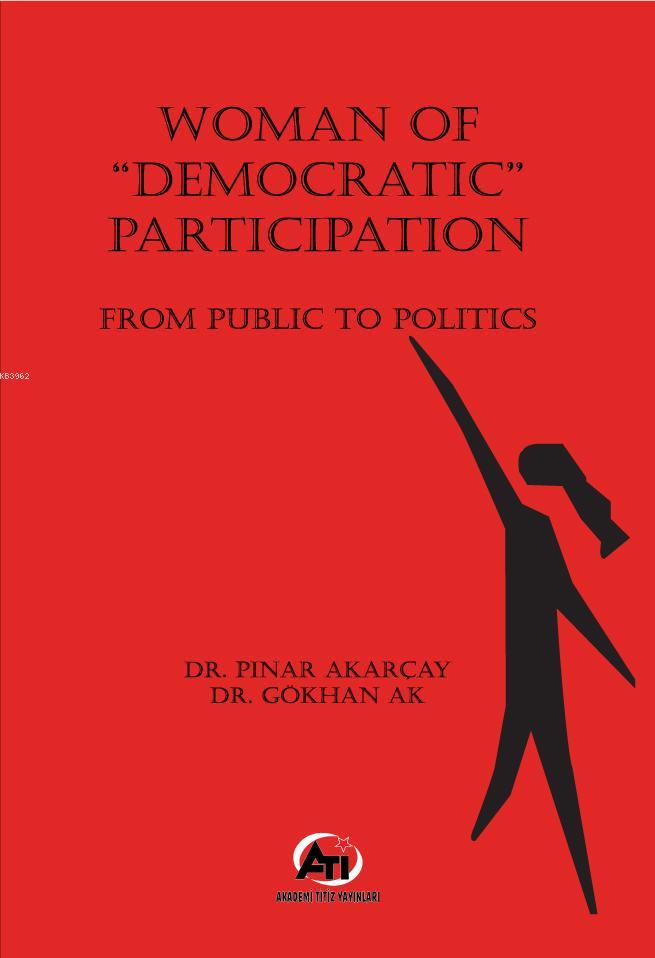 Woman Of Democratic Participation; From Public To Politics

Role of woman in making life more democratic is crystal-clear if one believes in democratic democracy. This means that all around the world today, there are many Republics with democ-racy implementations in them. However, most of them is 'so-called' democracies; because firstly, being a republic does not mean being a democracy, and secondly and more impor-tantly, being a democratic state does not mean being a democ-racy since -in our thinking- democracy should for sure comprise of liking and respecting each other, being tolerant and showing empathy and good-will. This kind of democracy could be a democratic democracy then. Otherwise accomplishing theo-retical basis and needs of democracy written in literature, such as free elections, free press, right for being elected etc. will not become a real democracy. Thus, role of woman in making life more democratic is so important to consider. This is due to the fact that women's full participation in national and local politics, in the economy, in academia and the media is fundamental to democracy and essential to the achievement of sustainable development and peace in all contexts -during peace, through conflict and post-conflict, and during political transitions. If a political system neglects women's participation, if it evades accountability for women's rights, it fails half of its citizens. Indeed, true democracy is based on the realization of human rights and gender equality. If one of these falters, so do the others.